Anyone who knows me know I am a Christmas junkie–I’ll listen to Christmas music or watch Christmas movies any month in of the year.  Since we moved recently, resulting in a brand-new DVR, I recorded every Hallmark Channel Christmas movie they played last week (literally–every one. Hubby was thrilled.) 😂 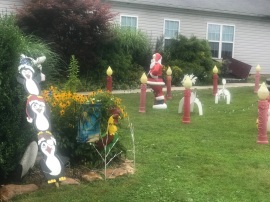 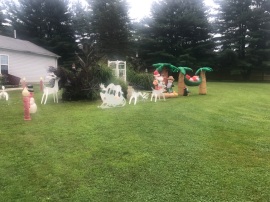 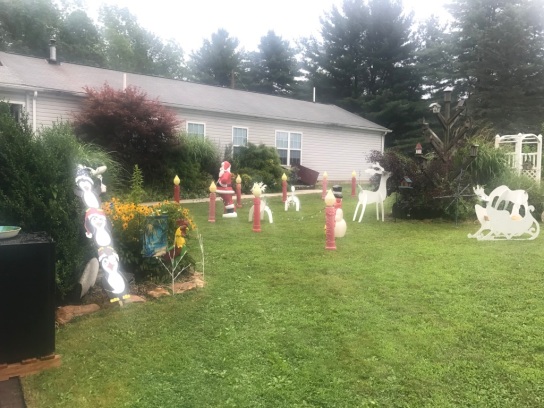 So, I was super-excited to be invited to a Christmas in July party over the weekend. My aunt and her husband decorated the yard with blow-up decorations, they had Christmas treats, and Santa even stopped by for a visit–in his shorts and t-shirt, of course.

It was a fun party, and a great excuse to enjoy some Christmas music in the middle of summer. (It was even better to know I am not the only crazy Christmas fan in my family!) 😉

I took the party as an excuse to try out a new Christmas recipe–Peppermint Mocha mini-cupcakes. And, for anyone wondering where I got Candy Canes in July, I stocked up in late December just in case the need arose. 🎄 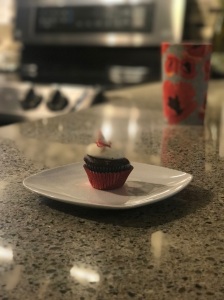 These were perfect little bites of heaven–rich chocolate, cool peppermint, and just a hint of coffee. I definitely will be making this one again!

I find mint to be refreshing in the summer, so this was a perfect fit for a hot, humid, July  afternoon. I look forward to trying them again in December. Yum!

Are you a Christmas anytime person, or and only-after-December 15 person? Or do you fall somewhere in between? And, what is your favorite holiday treat?

The weather in NC was fabulous–but that wasn’t enough to make up for all the family events we missed out on when we were far away. Of course, that was one of the main reasons we jumped at the opportunity to move back to PA a few months ago.

We’ll take family and friends over anything–even toes in the ocean in January.

The months since we are back have flown by–birthday parties, drinks, and dinners, weddings, holiday get togethers. All things we had to either plan months in advance or skip when we lived far away.

It has been beautiful in PA–60s and 70s two weekends in a row. It is showing us what summer will hold–playing outside with the kids, pool parties, baseball games, and more fun in the sun.

And we wouldn’t have it any other way.

Do you live close to your family? Have a lot of family events? If not, how do you chose what events to travel for, and which to skip out on? 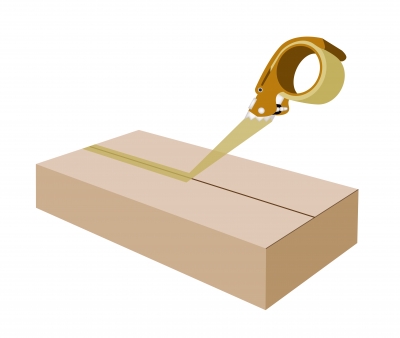 Our move from Pennsylvania to North Carolina last year was fast–less than three weeks after the job offer came in, we had escaped the frozen tundra of the northeast for the more temperate south. It was a whirlwind of figuring out what needed to go in the car with us, making sure the house was ready to go on the market, and visiting family and friends. 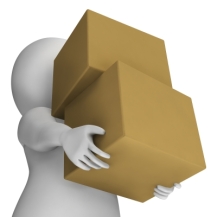 Luckily, our relocation package included having a moving company to pack all of our stuff, which was one less thing for us to worry about. The downside is that everything we owned came with us on the trip south. We had no opportunity to clean out anything.
Our house in North Carolina is a bit smaller than the one in Pennsylvania, so we ended up with a lot of boxes in our attic and garage that we have ignored for the past eighteen months. We said we would get to them eventually, but they were out of sight, out of mind.
This weekend, we decided to tackle the attic as we prepare to (hopefully) move in the next year or so. Hubby told me he refuses to move it all again, so until we go through everything, we can’t move. Visions of bigger kitchens danced through my head, and were all the motivation I needed to keep moving this weekend. 😉 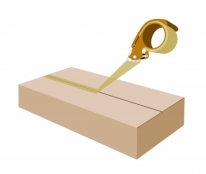 Image courtesy of Iamnee at FreeDigitalPhotos.net

We sorted through twenty-six totes and four boxes–for two people! By the time we were done, we kept four totes of stuff–mostly extra dishes that don’t fit in our tiny kitchen and decorations that get switched out seasonally.
It took three full carloads to get everything else over to the donation center. The biggest culprit of our attic clutter? Clothing.
Every time I gain or lose a few pounds, I go buy new clothing, but keep the old stuff, in case I need it. How often do you think I go in the attic to get the old clothing out? Hint: not often. And, I’m not the only one. Hubby had quite a bit of clothing up there, too.

Image courtesy of Keerati at FreeDigitalPhotos.net

You should have seen the face of the guy at the donation center. The first load, he commented that we had a lot of stuff, but was very appreciative. When we came back with the second car, his eyes bugged out. By the third, he just shook his head.
I have to say, it feels good knowing all our clothing is now in our room, either in a closet, a dresser, or an under-the-bed tote (for cold-weather clothing like sweaters. Which we can wear soon, because fall is coming!)
Out of all the clothing in the attic, do you have any guesses how many pieces we kept?
Five.
Hubby kept one; I kept four. In total, out of the six lawn and leaf bags worth of clothing that we donated, we found five pieces that we would want to wear again. I may need to reevaluate how much clothing I am buying. Seriously.
So, our attic is mostly empty. Now we just have to tackle the garage. And we may want to find a new donation center, since this one seems to already think we are crazy. 😉

Do you fall into the trap of storing stuff you don’t need, or do you get rid of old items (donate or trash) as soon as you are done with them? Do you have any great organizing tips for us? Anyone want to help us clean out a garage? 😉